Trump Warns Flu Shots Are Greatest Scam – According to President Trump, the flu shot is the greatest scam in

medical history, created by Big Pharma to make money off vulnerable people and make them sick. In an interview with Opie and Anthony on Sirius XM, Trump slammed flu shots as “totally ineffective” and declared that he has never had one.

“I’ve never had one. And thus far I’ve never had the flu. I don’t like the idea of injecting bad stuff into your body. And that’s basically what they do. And this one (latest flu vaccine) has not been very effective to start off with. “I have friends that religiously get the flu shot and then they get the flu. You know, that helps my thinking. I’ve seen a lot of reports that the last flu shot is virtually totally ineffective.“ 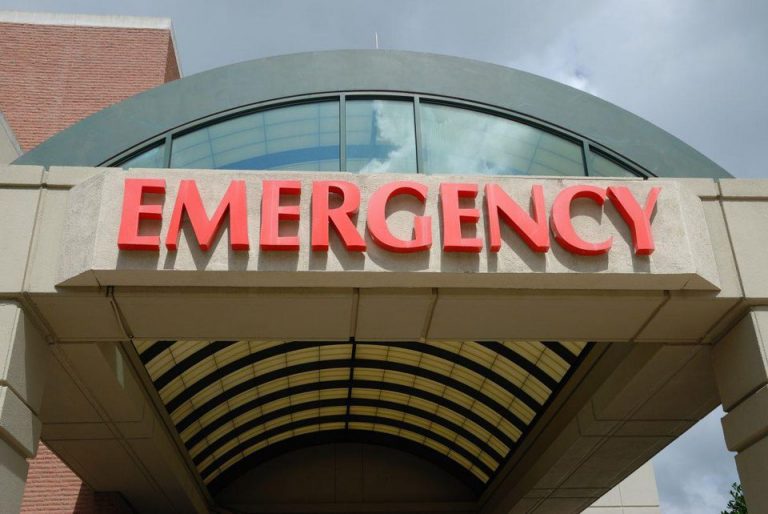 The Emergency Department Is Healthcare’s One-Night Stand. Are We Ready To Address It? – Hit and quit it. This taboo phrase signifying a one-night stand may make one a bit uncomfortable, yet most can’t look away. Except in healthcare, we’ve been looking away for decades. Every day millions of Americans seek these ‘no-strings attached’ encounters with our healthcare system. They are trips to the emergency department (ED). According to CDC, over 130 million ED visits occur annually, at a cost of over $30 billion. While the exact number of unnecessary visits to the ED is unknown, a considerable portion occur among low-income, Medicaid recipients. Academic scholars opine profusely about this problem, health system leaders shake their heads in board rooms while devising strategies to offset the financial hemorrhaging and insurers wring their hands in defeat quarter after quarter, year after year, as they pore over the data, feeling somewhat hopeless as if they are powerless to influence the trends.

Study links autistic children back to mothers who had chronic respiratory ailments, inflammation during pregnancy – Clinical trials have shown an association between the autism spectrum disorder (ASD) and maternal

immune activation (MIA), an active immune response after an infectious exposure during pregnancy, but this study is the first one to examine its link to an increase in behavioral abnormalities in children. The connection between ASD and MIA is still largely unknown but research suggests than an immune system-mediated subtype of ASD is triggered by changes in the cellular activity such as antibody levels in the mother and/or child. Animal models have revealed that MIA is a risk factor in developmental abnormalities in the offspring. ASD is a neurological and developmental disorder that manifests in early childhood and lasts through a person’s adult life. It can have a range of symptoms but mainly affects interaction and communication skills. A person with ASD may have difficulty expressing themselves and talking with others. They also show repetitive behaviors and limited interests.

Does Air Pollution Raise Autism Risk? – Traffic-related air pollution may play a role in development of autism, new research suggests. A Canadian study found that exposure to a common air pollutant during pregnancy was tied to higher odds of a child being diagnosed with autism by age 5. That pollutant, nitric oxide, is associated with traffic pollution, the researchers noted. “There is no cure for autism spectrum disorder, so prevention has an important role to play,” said lead researcher Lief Pagalan. “Avoiding air pollution is not easy because it’s all around us, and we should see this as a broader public health issue,” said Pagalan, of the faculty of health sciences at Simon Fraser University in Vancouver. “In the long term, it’s about bringing down air pollution levels for everyone.” About one in 59 American children has some form of autism, according to the U.S. Centers for Disease Control and Prevention. Symptoms can range from mild to severe, and include difficulties with socialization and communication.

Use of penicillin early in life, even in low doses, affects the gut microbiome, contributing to braininflammation and changes in behavior – It is truly unavoidable to catch a cold or contract a disease, especially with today’s lifestyle

trends and medical misinformation. A lot of the medicine we use to treat our health conditions may actually cause more harm than good. A St. Joseph’s Healthcare Hamilton and McMaster University joint study found that low doses of penicillin administered to pregnant mice and their young results in behavioral changes that have long-term effects. The study, which was published in Nature Communications, reports that the behavioral changes noted in the mice included elevated levels of aggression, characteristic neurochemical changes in the brain, and imbalance in the gut microbiome of the mice. On the bright side, giving the mice a lactobacillus strain of bacteria managed to prevent the effects of the administered penicillin.